Biomass Secure Power Inc is a publically traded company under the symbol BMSPF on the OTC Market.

Biomass Secure Power Inc operates from an office facility in Abbotsford, British Columbia, Canada, where in 2002 it was incorporated for the purpose of developing variety of biomass fuels to produce green electrical power.

In 2005 Biomass Secure Power began looking at the idea of construction and operation of small power generation facilities to take advantage of the BC Hydro Standing Offer Program for the purchase of green power.  Unfortunately, after numerous attempts, the company has not been able to secure a suitable site and long term material supply agreements in British Columbia.

Our business plan focused on building pellet plants that will process whole trees and chipped fiber, and by 2010 Biomass Secure Power had developed the intellectual property for the design and construction of an improved system to produce Standard and Torrefied wood pellets.

In 2012 the Company was approached by Louisiana Economic Development (LED) to determine if we had an interest in building a pellet plant in their state. As a result of a comprehensive assessment of the business opportunity, Biomass Secure Power has decided to proceed with the development of a facility in Natchitoches, Louisiana.

The design and basic engineering work for the building of the proposed wood pellet plant is complete and the the Company has secured a 90 day option to lease 90 acres of land upon which the proposed plant will be located. It is the intention of the Company to enter into a long term lease with the Natchitoches to build out the plant in two phases, capable of producing 1.6 million tonnes per year of white wood pellets. The Port of Natchitoches has proposed to provide financing for the plant through a municipal bond issue sponsored by the Port Authority. 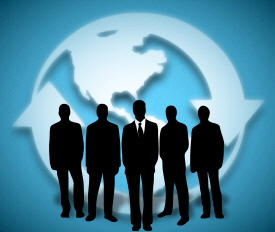 In addition to the proposed plant in Natchitoches we propose to develop a storage facility and chipping plant at the Port of Natchitoches on the Red River. This facility will be constructed on a 50 acre site that will store logs prior to chipping.

Biomass Secure Power plans to sell the wood pellets to power producers in Europe who require a sustainable substitute for coal. The company has had discussions with various Asian and European power producers and is currently pursuing the opportunity of entering into a number of long term off-take agreements, but no definitive agreements have been signed and we cannot guarantee that such agreements will be signed.

Biomass Secure Power does not anticipate beginning the construction of its plants until there is a definitive agreement in place to purchase its torrefied wood pellets.

Biomass Secure Power Inc is a publically traded company under the symbol BMSPF on the OTC:QB.